Picking books for a Kindergartner can be hard. Because not all of them read. Or, if you have one like my 5yr old. She can read, she just doesn’t want to. So, what do you do to inspire reading? Here’s a few suggestions.

And I would love for you to comment below with a book your Kindergartner (or past Kindergartner) has just loved. Because I’m always looking for new books!

Just One More by Jennifer Hansen Rolli – While not exactly at a Kindergarten reading level. My 5yr old just loves this fun book about a little girl who wants “just one more” of everything until she runs into trouble.

According to my 5yr old she can read it all by herself – which mean’s she’s memorized it. Any time a Kindergartner reads, even if it’s memorized, is good, because she’s still looking at the words as she goes.

This book basically lives on her bedside table so she can read it every night before she goes to bed.

This is another book that sits in a stack by her bed.  She just loves Shopkins. While she still can’t completely read this alone, I’m always happy to read it to her and her older sister will often read it to her as well.

Both of my girls are crazy about Shopkins so this is actually a very popular book with both of them.

While not something she can completely read alone yet, it’s so important still to be reading to your Kindergartner. So find something that she loves and it’ll help a lot with her reading skills.

My Lucky Day by Keiko Kasza is a favorite book with not just my Kindergartner but with all of my kids as well. It is a hilarious story about a little pig that “accidentally” shows up at wolf’s front door.

Wolf thinks that it’s his “lucky day” but is it?

We have re-read this story so many times that I have lost count.

If you’re looking for a book to read to your child that you won’t mind reading over and over, My Lucky Day is perfect. It’s cute, funny, and entertaining.

A Mud Pie for Mother by Scott Beck is another super cute book about a little pig.

It’s Momma pig’s birthday and little pig just wants to make her a mud pie. But when he sets out to do this all sorts of problems ensue.

In the end, little pig find the perfect gift for Mother pig.

Barbie’s Cupcake Challenge is a tad bit advance for a beginning Kindergartner. It’s a level 3 Step into Reading, so it’s very likely that my child will be able to read it by the end of the school year.

My 5yr old told me that this one is one of her favorites and I’m happy to help her read things that she enjoys. There’s plenty more Step into Reading Barbie books out there and they’ll make great incentives or rewards for the next couple of years! 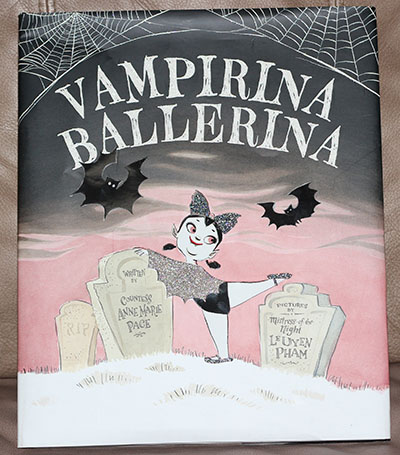 Vampirina Ballerina by Anne Marie Pace is an adorable book about a little vampire who wants to be a ballerina. It encourages being yourself, trying hard, and rejoicing in your achievements.

We had a great time reading this together and then making a little Tutu craft for the girl’s barbies.

Rickrack or ribbon – small pieces will do 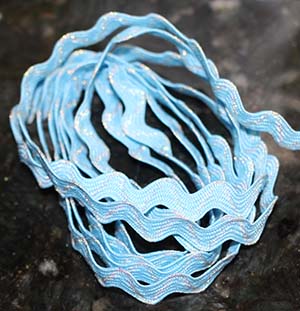 1. Start by measuring your rickrack. You want it to be about 1 foot long for a barbie doll.

2. Next cut your tulle into 1/2 inch X 2 foot strips. You can trim these later if the skirt is too long.

3. Lay your rickrack out flat and tie your tulle strips onto it making a knot in the middle of your tulle (around the rickrack) Keep adding tulle until your skirt is nice and floofy.

You want to cover about 1/3 of your rickrack in tulle. The extra ends are going to be used for putting the skirt on your doll.

Once you have all your tulle on your ribbon or rickrack wrap it around your doll and tie a bow in the back. 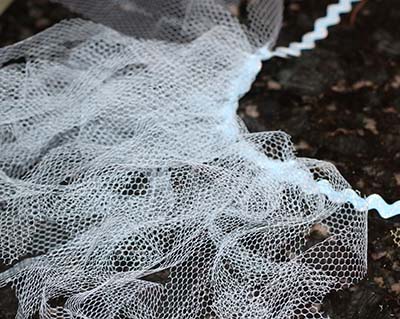 The girls had a blast making little tulle ballerina skirts for their dolls! 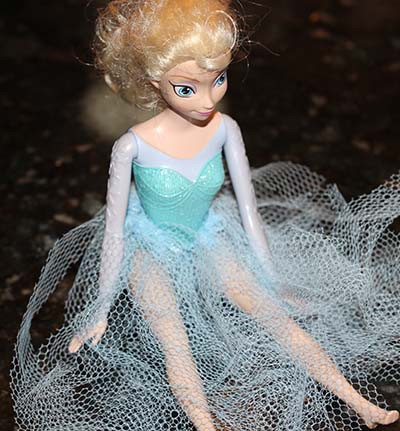 Hopefully everyone is familiar with the children’s book “If you Give a Pig a Party“. If not, you’ve probably heard of  “If you Give a Pig a Pancake“, it’s by the same author and has the same basic story. We acquired it in a Chick-fil-a kid’s meal one day and I can now quote the book (and probably draw you all the pictures) by memory. Basically, the premise is if you give a pig one thing, he wants something else, if you give him something else, he was something else again, and on and on.

There are just some things in life that I do that remind me so much of this book. And it’s frustrating and amusing all at the same time.

For example, my 5yr old had been asking for a pet for ages, and my husband kept talking about getting fish or a bird, so, one day at a yard sale I picked up a 10 gallon fish tank for $5. It had colored pebbles and lots of little rocks and accessories. My husband is all excited, we clean it, and he sets it up. About $100 later we have all the right filters, lights, etc. and my 5 yr old dutifully feeds the fish every morning.

We have 3 guppies, two males and one female. So…the female has babies, at least 30 babies. That’s a LOT of babies for a 10 gallon tank.

So, we get a 55 gallon tank and my husband and his brother build a cabinet (which still doesn’t have doors – so the baby gets into it all the time) for the fishtank. So, we fill up the fishtank and $200 later we have mostly the right lights, filters, bubbles, plants, and fish.

We let the tank sit for a few days then my husband starts moving fish from the small tank to the big one, the small fish tank was supposed to be put away before our Christmas party (which was a week and a half before Christmas). Well…both fish tanks are still up. The larger tank has an algae problem so he can’t move all the fish just in case they start dying. Which, we’ve lost a few fish, but we have over 10 guppies still so I’m really not at all worried about them. They’ll probably be having more babies soon… The moral of a story, don’t buy a fishtank!

Or, once my kids discovered their first barbies and polly pockets it just snowballed from there. They also discovered that said toys can be easily acquired at yard sales and Goodwill. Now, they have a room full of them! To be fair, they do play with them every day so it’s not a huge deal, but I am beginning to think that I should get rid of all the rest of their toys so they have more room for their dolls. Never buy that first barbie for a girl who loves pink, dresses, and lace unless you really want your house to be overrun by them!

Oh! and, my husband has recently discovered the fun of purchasing items on Craigslist. He purchased a copy of Rocksmith and decided he needed a guitar. He purchased 3 guitars on Craigslist (sold one of them so we’re down to two). How does Craigslist work at my house? I sell things and he buys things. I think we come out even in the end. Actually, hopefully, one of these days I’ll get around to trying out the game myself!

None of this stuff is bad, I’m glad the kids have their toys and my husband has his hobbies, just some days, I wish it all took up less space in my house!